I love a good hell-mouth picture, so thought I'd post a few up here: 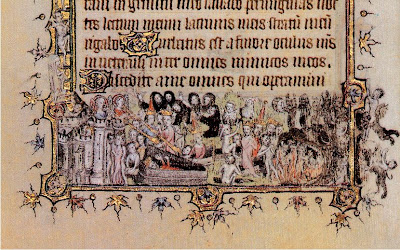 From a late 14C Book of Hours. This scene shows the Last Judgement. On the left border, souls climb a ladder up towards Heaven. At the bottom the dead awaken from their graves and move either towards paradise, or the gaping jaws of Hell. 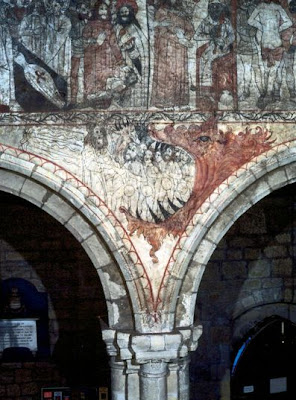 Part of a cycle of wall paintings at the church of Saint Mary in Pickering, North Yorkshire. They were completed in the late 15C, and restoration work was carried out in the 19C. This one shows Christ rescuing souls from the jaws of Hell. 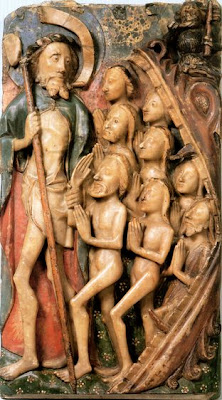 15C alabaster depicting the Harrowing of Hell. A small devil holding a key and blowing a horn is sitting on top of the hell-mouth, representing the doorkeeper of Hell. 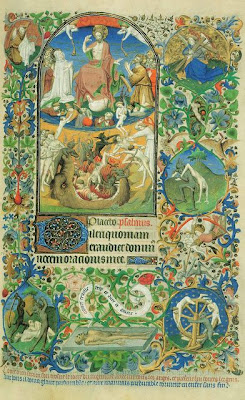 A page that illustrates the Office of the Dead from the Bedford Hours (15C). The centrepiece is an image of the Last Judgement. Christ welcomes worthy souls into Heaven, whilst the damned are beaten and dragged into Hell's mouth. 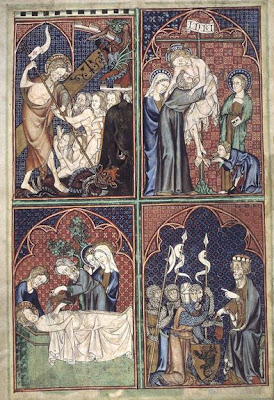 Early 14C manuscript showing scenes of the life of Christ. The image at the top left depicts the Harrowing of Hell. 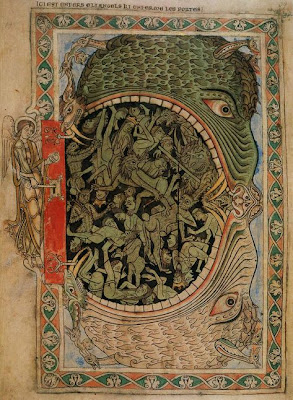 An image from the Winchester Psalter (c.1225). The damned are being swallowed into a hell-mouth, with an angel to the left about to lock the jaws behind them. Inside Hell are lots of tortured souls, including kings and queens - nobody is above judgement. 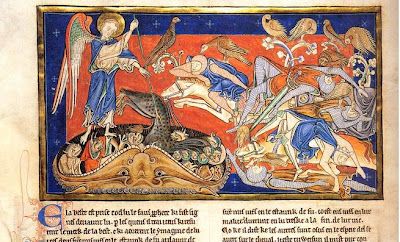 13C manuscript. this images shows the battle of the beast during the Last Judgement. 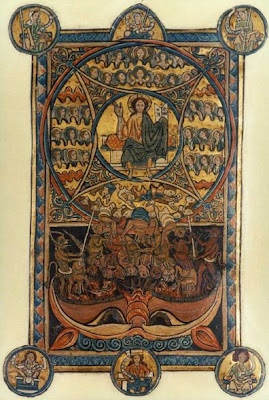 13C manuscript with this page depicting the fall of the angels. Christ sits above in his circle of Heaven surrounded by ranks of angels. In the lower part of the circle rebel angels can be seen falling downwards into the jaws of Hell, transforming into devils along the way.
Sources Used
All of the images above were from Medieval Imaginations: literature and visual culture in the middle ages
Posted by The Medieval World at 11:52 pm 4 comments: