I'd like to welcome guest blogger Nicole Tomlinson to The Medieval World today! Nicole is the staff writer for Battle Castle, an action documentary series on medieval castles starring Dan Snow that will premiere on History Television in Canada on February 23, 2012 and is scheduled to air on Discovery Knowledge in the UK this Spring. BBC Worldwide has distribution rights for the series, so international air dates will be announced in the future. For the latest updates, like them on Facebook (www.facebook.com/battlecastle) or follow on Twitter (www.twitter.com/battlecastle). Also, be sure to check out their great page over at http://battlecastle.tv, and the latest trailer for the show here.

Outside the crown jewel of Crusader castles, a powerful Mamluk army led by a usurper king prepares to lay siege. Armed with the mighty trebuchet, they’re here for one reason – to seize Crac des Chevaliers and drive Christians from this land for good.


Inside, a castellan and his elite group of knights gaze upon their enemy, and the walls that will determine their fate. Strong, precise stones, laid by their predecessors, now in danger of being destroyed. Their castle was borne of conquest and domination. If it falls, so will the vision that raised it.


As staff writer for the action documentary series Battle Castle, I’ve seen this bit of past played out hundreds of times. In history books, in my head, and on screen. And I still get shivery and goose-bumpy when I think of it. I feel that it’s a natural reaction. As human beings, our urge to experience yesterday is as powerful – and undeniable – as the epic siege that challenged Crac des Chevaliers more than 700 years ago.

As a filmmaker, how do you transform our visions of the past into one cohesive, compelling, and factually-accurate documentary? In the Battle Castle universe, it started with inspiration and culminated in a powerful fusion of knowledge and imagination. Part of my role along the journey from vision to visualization has involved historical verification. From building periods to army positioning to the weather, part of my job was to ensure that our team was “keeping it real” on screen. But when you’re making factual shows about events that transpired before the age of visual capture, sometimes “keeping it real” can be a real challenge.

Take a castle’s construction. Half the time of each of the six Battle Castle episodes – which profile Crac des Chevaliers, Chateau Gaillard, Dover Castle, Conwy Castle, Malbork Castle, and Malaga – is spent exploring how these strongholds were built. Every one has changed since the period they were raised in. For some, we have a pretty clear idea of what was built when. For others, history is not so forthcoming.

In Malaga, Spain, the Castillo de Gibralfaro and its surrounding defences were particularly difficult to represent. The relative lack of heritage investment, dearth of archeological work and issues with over-restoration meant pulling bits of information from multiple sources to model what the castle is best believed to have looked like in 1487 when it was besieged. The city walls, which are virtually non-existent today, were recreated exclusively from historical representations.


In France, Chateau Gaillard presented a whole different challenge. The castle was demolished in the late 16th century, leaving little more than ruins on most of the site. Though archeological works give us a good idea of what the castle looked like in its prime, it was a very difficult location to film. In this case, CGI and visual effects were brought in to pick up where the present leaves off to carry us back to 1203 when Philip Augustus of France launched his attack against it.

Once the Battle Castle team tackled the builds, we then faced the sieges that tested them. The second half of each of the six shows profiles an epic attack that each of the castles faced. Again, some aspects of these battles are well-documented … others go virtually unmentioned.

In England, showcasing the section of the outer wall that was targeted when Prince Louis of France invaded England in 1216 proved to be anything but straight-forward, as much of it was modified after the siege. In addition, discerning which tunnels were carved into the chalk cliffs by whom, and when, also required some investigation – though historians are fairly certain they can distinguish the medieval tunnels from later war tunnels, it’s still impossible to tell for certain which were carved by French underminers and which were cut by the English garrison attempting to intercept them.

For Conwy Castle and Edward’s other “Iron Ring” fortifications, as well the Teutonic Knights’ Malbork Castle, we had access to a wealth of information about exactly how and when each were built. But in Wales, details of Madog ap Llywelyn’s backstory and contemporary chronicles of the rebellion he launched in 1294 are relatively sparse. And in Poland, details of the siege that Malbork Castle faced in 1410 pale in comparison to accounts of the attacks other castles faced.

And then there’s the mighty Crac des Chevaliers. Though we had relatively ample access to historical information on the castle’s build and its siege, as well as the help of current experts, I felt like no matter how much we found out, it wasn’t quite enough to satisfy my desire to know what really happened … in excruciating detail.

While we were making the show, I kept thinking that if I could go back to 1271 in northern Syria, I’d have a field day. I’d take in everything from the exact distance the Muslim army was from the castle to which day they attacked its outerworks to if the ground was slippery or mucky to how a giant trebuchet sounds when it fires to if there was a smell of sweat and fear in the upper castle.


I’d try and speak to the castellan in broken French, asking him questions about how it feels to be besieged. Then I’d attempt to find a translator to speak with Sultan Baybars about his offensive. Once they found out I was from the future, they’d probably press me to reveal the outcome of the battle – and well, I’d have to tell them to watch the show and find out. And, let’s face it … it would be a little awkward.

Fortunately (or unfortunately), this ill-fated foray into time travel never transpired, and Battle Castle was created, by necessity and design, from the perspective of the present. I suppose that, by making the series, the Battle Castle crew has rewritten history – for our characters, ourselves, and for our audience. As factual programmers, sometimes it’s tempting to think it would be much easier to make these shows if we could live in the past. But as visually-driven storytellers, we’re reminded it’s the technologies of today that allow us to capture these incredible moments in time and share them in whole new ways.

As a writer, I can’t promise that every detail appears on screen as it was. In fact, I can promise some don’t. Certain aspects of our history will always remain a mystery … and as much as we like to think it would be great to have all of our questions answered, maybe it’s better that way. What I can promise is a compelling, factually-driven journey – an epic adventure into the past, visualized like never before.

We hope you enjoy.


All of the images in this post are property of Medieval Media Inc. and taken from Episode One: Crac des Chevaliers. This is the first episode from Battle Castle's forthcoming series.

Posted by The Medieval World at 8:36 pm 3 comments:

Just a few books I recommend to introduce you to Medieval History ... 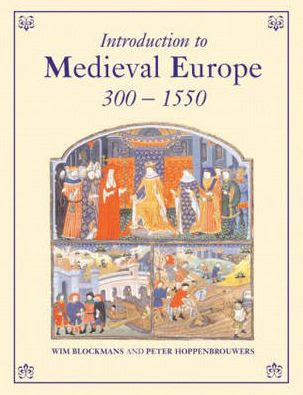 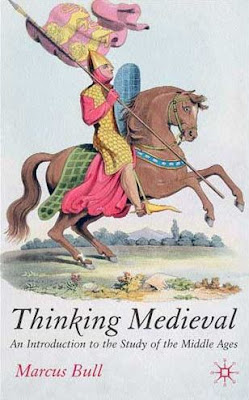 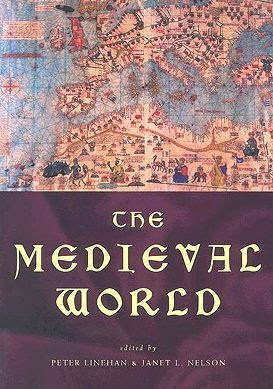 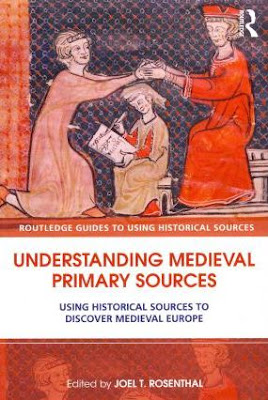 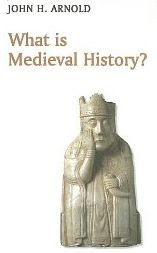 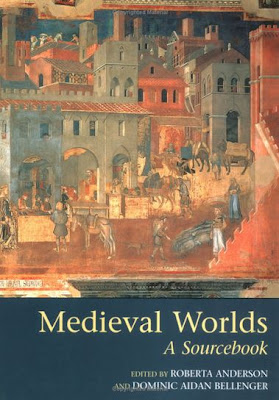 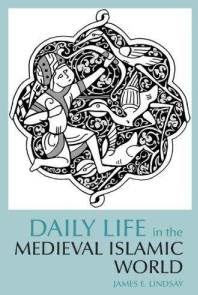 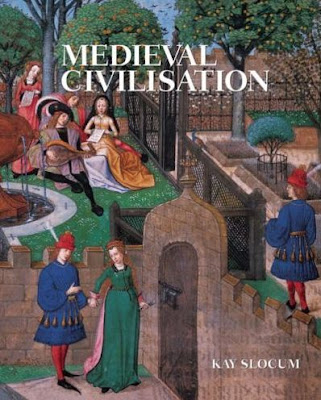 Posted by The Medieval World at 7:21 pm 2 comments: