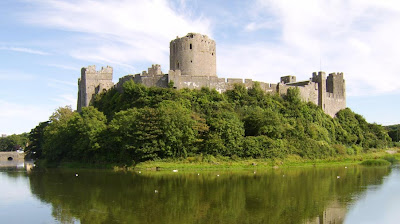 Hi again! I went to visit Pembroke castle in September for my birthday, and thought I would share a few pictures of it here. 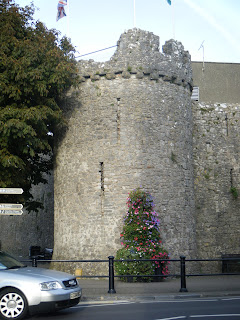 I stayed by the coast in Tenby, which is a gorgeous little town with fantastic surviving medieval walls that I think date to the 13C. The picture to the left shows a section of them. 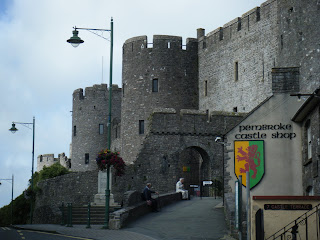 Pembroke is a lovely little place, it is easy to imagine the castle being an overwhelming sight and dominant feature of the medieval town. As you walk up the main street the castle begins to come into view (as seen in the picture to the right). Arguably one of the greatest Earls of Pembroke was William Marshal (named Earl in 1199 by King John). His banner of a red lion against a yellow and green background was proudly displayed near the front entrance. I thought this was a particularly nice touch. 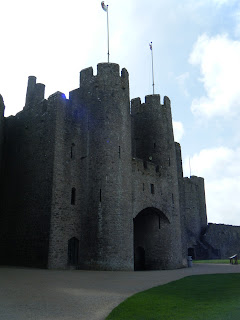 The original timber castle would have been built after the Norman conquest in the late 11th - early 12thC. However the site itself has a long history. Below  the castle is a cavern called The Wogan, which would have been a shelter for cave dwellers during the Stone Age. It can be accessed in the Great Hall. The original castle was constructed by Roger de Montgomery, a cousin of William the Conqueror. Later in 1138 the earldom of Pembroke was created for Gilbert Fitz Gilbert de Clare, a loyal supporter of King Stephen of England. Gilbert was given the nickname 'Strongbow'. He died in 1148 and the earldom passed on to his son Richard, also nicknamed Strongbow. Richard is probably most well known for conquering Ireland. 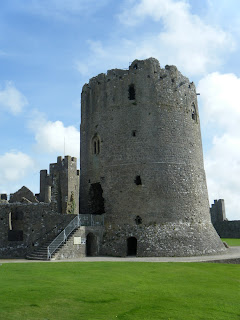 William Marshal gained the earldom through marriage to Richard Strongbow's daughter Isabel de Clare. It was from this time that major reconstruction work began on the castle in stone. Work began with this beautiful round keep. This is the largest and one of the earliest towers of this design in the country. The stone steps are a later Tudor addition. Originally the keep would have been entered on the first floor by a set of timber steps. 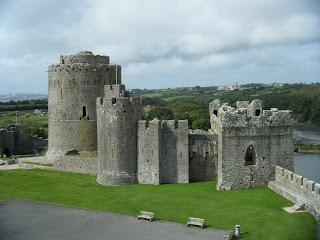 William's sons continued work on the castle after his death in 1219. The Inner Ward was rebuilt in stone. It is also likely the large outer ward was laid out at this time too, and would have replaced an area of the town. This was rebuilt in stone later on by the new lord of the castle William de Valence, a rather unpopular figure at the time. Gradually, bit by bit, Pembroke became the mighty castle that survives today.


Here are some more pictures: 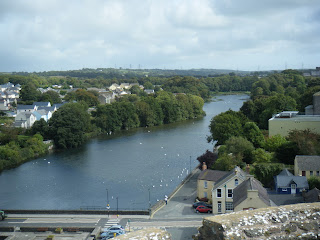 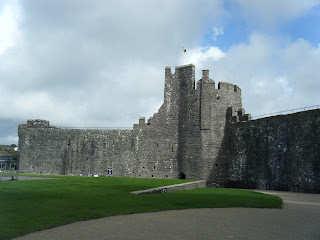 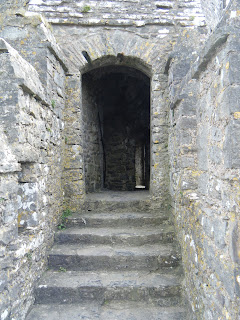 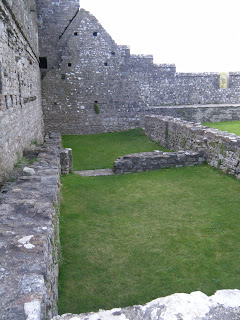 Where the chapel once was 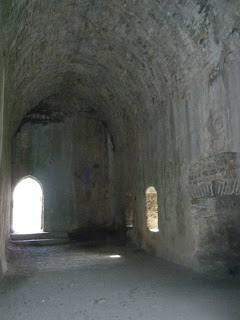 Western Hall, added between 1219 and 1245. This could have been a retiring room for the ladies of the castle. 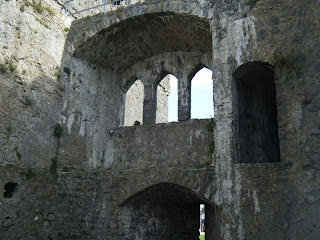 Arches in the Norman Hall or Old Hall. This section of the castle most likely dates to the time of Richard Strongbow (1150-70). However at a later date the old timber hall was remodelled in stone, which itself has been reworked a lot over time. 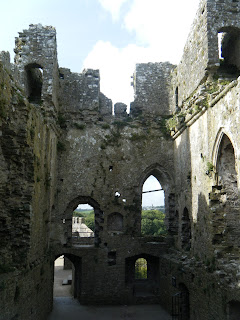 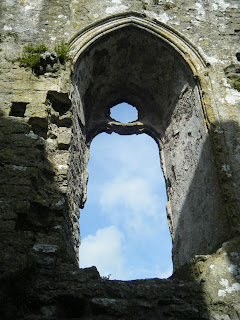 Detail of one of the Early English Gothic style arches in the Great Hall.
Posted by The Medieval World at 4:58 pm 8 comments: