The first stop on my travels this Summer was Bordeaux in Southern France. Here are some photos of a few of the medieval places that I visited whilst I was here: 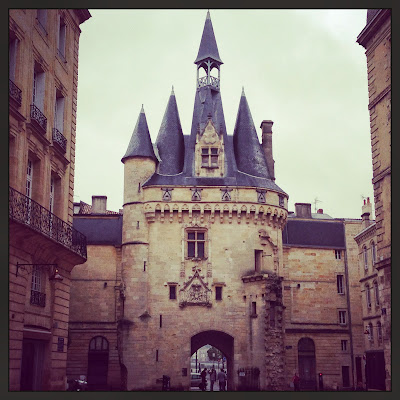 Porte Calihau
This beautiful gateway to the city was constructed in the late 15C and dedicated to King Charles VII after his victory at Fornovo di Taro in 1495. It became the traditional point of entry for the King and other prestigious people.


It has two floors which you can enter. The first floor is free and contains a small display about the history of the gate. I believe there is a very small fee to pay to enter the second floor (I may be wrong as it's been a while since I was here, but I think this could have been why I didn't go up there!) but I heard that there is a nice view from up here. The photo below left shows the join where the old town walls used to be. 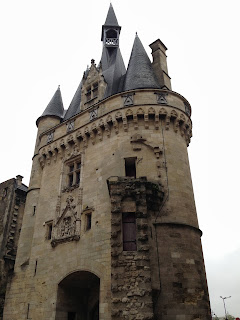 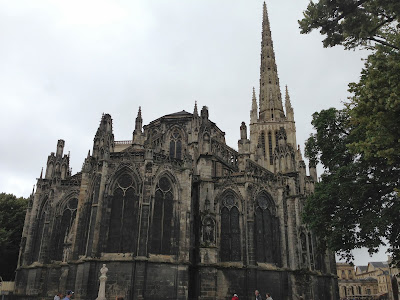 The original church was consecrated by Pope Urban II in 1096 when he came here to preach for the First Crusade. However, only a small section of this church remains. It was in this first large church that Eleanor of Aquitaine married Louis VII of France in 1137. 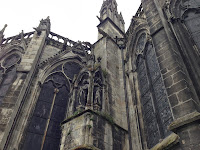 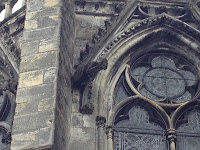 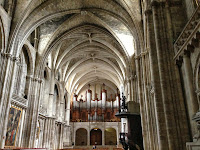 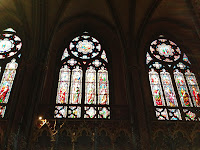 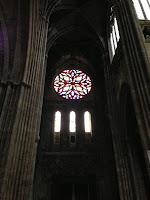 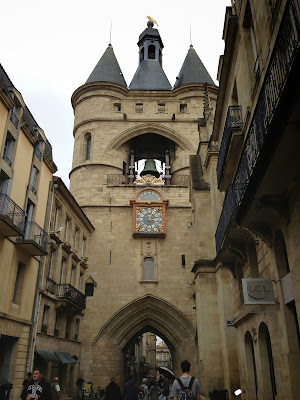 This was added in the 15C to the remains of the 13C fortified gate of St. Eloi. It became established as a symbol of the city, and is still on the city's coat of arms. The entrance was also once known as the Porte Sainte-James due to the steady stream of pilgrims who passed through en route to Santiago de Compostela. According to locals when the golden lion atop it faces the river she is thirsty, and you should expect rain! 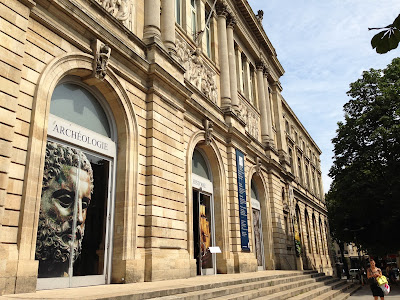 The Museum of Aquitaine houses objects and documents from the history of Bordeaux and Aquitaine. Definitely worth a visit if you're in Bordeaux.

Posted by The Medieval World at 3:34 pm No comments: